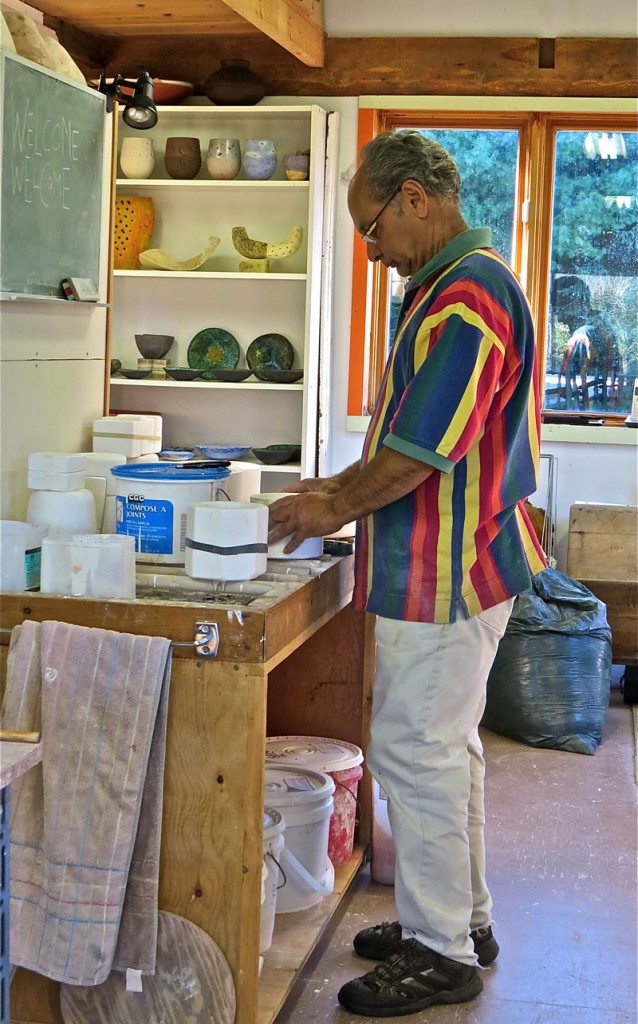 Angelo di Petta was born in Colle d’Anchise, which is located in the Molise region of central Italy, and immigrated to Toronto with his family in 1956. He majored in ceramics at the Ontario College of Art (OCAD University), graduating in 1972. He was awarded three scholarships to study industrial ceramics in Faenza, Italy in 1973 and 1975.

His teaching career at OCAD University began in 1975 and continued until his retirement in 2012. He taught courses in; mouldmaking, domestic ceramics, ceramic materials, 3D design, applied imagery/surface and rendering/drawing. di Petta has also shared his knowledge, expertise and experience through workshops and lectures in Canada and the United States. He has been the subject of various articles and his work has been published in numerous books and magazines on ceramics.

di Petta has exhibited his work through numerous solo and group exhibitions nationally and internationally. He has also executed major public commissions in Canada and the United States.

di Petta resides with his family, in a country setting near Millbrook, Ontario located northeast of Toronto. His daily interaction with this rural environment, its subtleties of landscape and seasonal changes, is reflected in his work.